These typical controls are sometimes victimized by air fan exchangers that are used as overhead condensers. Rainstorms can wreak havoc on the tower by sub-cooling the reflux. This event causes additional vapor to be condensed in the column, thus forcing light components into the bottom product.

The Advanced Distillation Overhead Controls (ADOC) application has been developed to minimize the effect of subcooled reflux. This application is described further below. 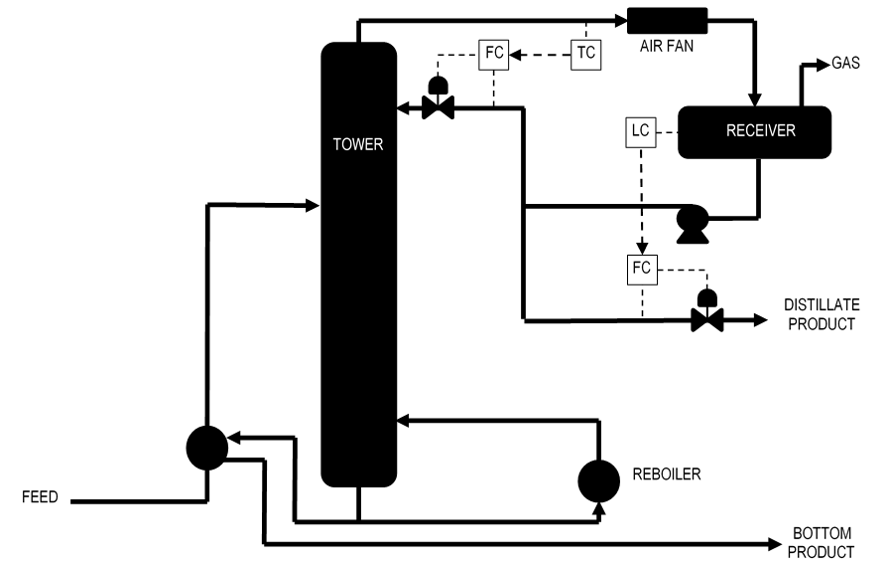 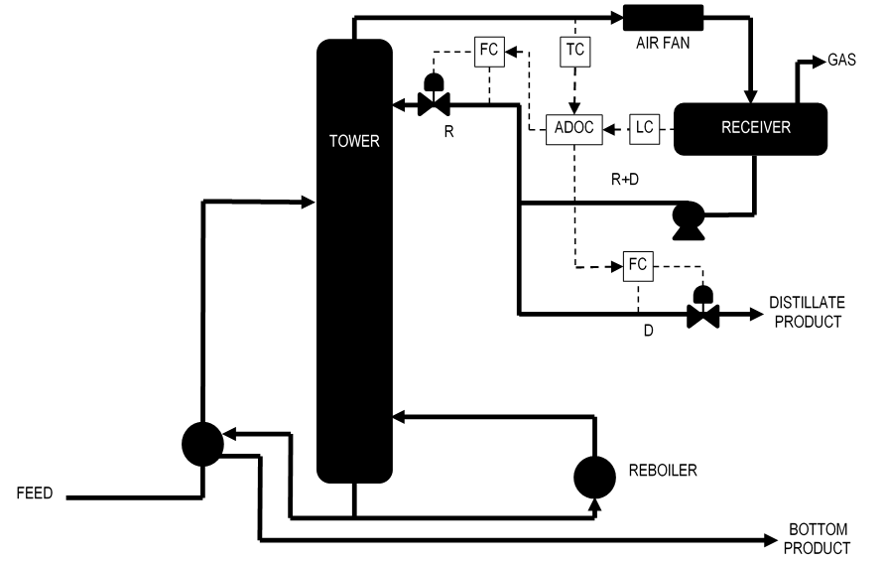 The main benefit of the ADOC approach is that the receiver level controller now adjusts the reflux as well as the distillate. Therefore, when the level drops due to the colder reflux condensing vapor in the tower, the level controller automatically brings the tower back into balance by reducing the external reflux rate.

In the ADOC approach, the temperature controller adjusts the distillate ratio without changing the total overhead rate, thus not disturbing the receiver level. Likewise, the level controller adjusts the total overhead rate without changing the distillate ratio, thus not disturbing the composition and the overhead temperature.

The logic also monitors the reflux valve. If it is wide open, the logic assumes that the reflux cannot be increased, so all increases in total overhead flow are taken on the distillate. Functionally, this constraint is the same as hitting the maximum reflux setpoint limit.